"Culture is what makes us different but it is also what connects us. It is the glue that holds us together and holds the story of our past, present and future."

Founded by creative director, designer and visual artist Mike Nicholls, we officially launched in 2017 with UMBER, our themed-graphic journal highlighting the Black and Brown perspective

Through the power of print, we took our readers on a visual exploration of typography, space, composition, and illustration. With a visionary commitment to thought and artistry, our publications stimulate the curious, strengthen the imaginative and nurture the passionate.

Umber paints Black people, Indigenous people, Latin Americans and people of color around the world, with the full palette of their experiences, allowing their brilliance to expand and redefine what it means to be Black and Brown.

With 80+ contributors and features from countries such as Armenia, Amsterdam, Brazil, Chile, China, Copenhagen, Guadalupe, Lebanon, London, Mexico, Nigeria, Paris, The Philippines, Sudan, Switzerland, and 9 publications to date, we are immensely proud to have put a spotlight on thought-provocateurs and innovators such as: 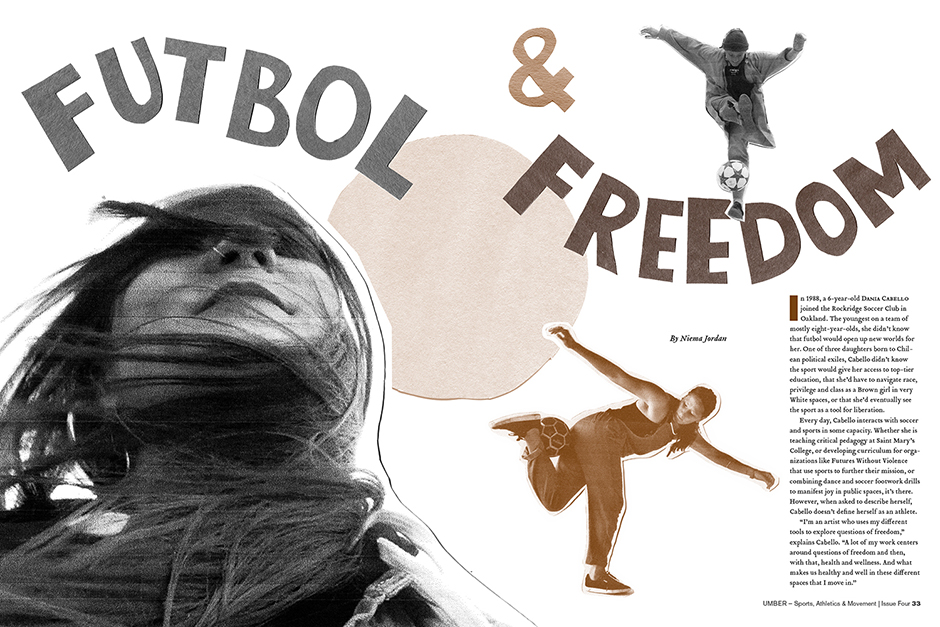 You want to support Umber and make sure the Black and Brown perspective is centered in our narrative? Any support you give would go directly towards both our print production and paying our contributing journalist and visual artist.